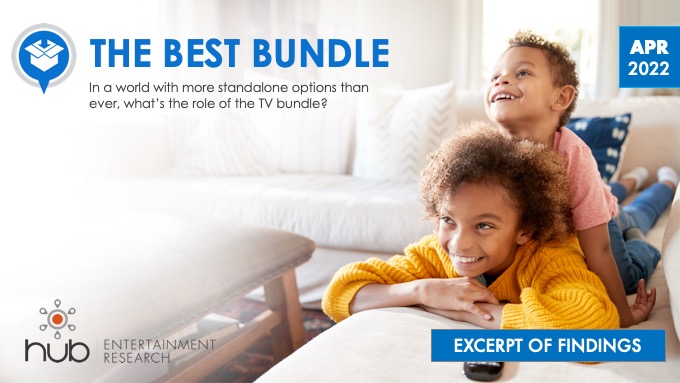 For an industry where the only constant seems to be change, the past twelve months have been relatively quiet, at least when it comes to new platform introductions. That’s not to say that nothing has happened since Paramount+ launched in March 2021: since then, we’ve seen the introduction of the ad-supported version of HBO Max and the rebranding of AT&T TV to DirecTV Stream. But for the most part, TV consumers have finally been able to grow accustomed to a relatively stable set of TV service options.

This year’s Best Bundle study will explore how TV consumers have adjusted to this new status quo. Have consumers discovered, and settled on, their ideal bundle of services, or are they still trying out different service configurations to find the combination that best meets their needs? The study will identify the most common configurations of platforms: in particular, the extent to which consumers are bundling linear vs on-demand services, ad-supported vs. ad-free services, subscription vs. free streaming services, etc. And importantly, we’ll explore consumers’ perceptions of provider-created bundles (e.g., the Disney Bundle), and the extent to which they prefer those over their own, DIY configurations.

Of course, the relative stability we’ve seen over the past twelve months is not going to last long, with both the Discovery/Warner and Amazon/MGM mergers looming on the horizon. Both mergers, assuming they’re approved, will likely once again shake up the current status quo and cause TV viewers to reconsider their existing bundles. The survey will explore consumers’ feelings about these mergers, and what changes they might make to their TV services depending on how these new entities are configured.